Memory in the making 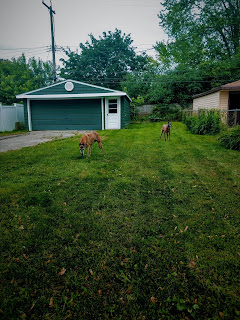 It’s been a bitter sweet time for the dogs and I lately. We’ve been on our “goodbye tour” of the neighborhood the last two weeks as we prepare to move and take care of Mom full time.

We walk at least two miles every day with a morning route and afternoon route. Often there is an evening route. Many people along these routes have become very attached to them and vice versa. When I told the I was moving, everyone was shocked. There were a lot of tears, long hugs and quiet goodbyes from them.

I am sure Jack and Needa will made new friends in our new neighborhood. They’ve had to do it before, but this time, considering their age, it feels different.

It is difficult to remove them from the home they have loved so well. I feel like a parent telling their kid they will be spending their senior year at another school.

Needa Lou and Jack knew something has been going on these last few weeks as I packed boxes. Mom has been over a lot too. At least two or three times during each visit she asks about the boxes and I explain that I am packing because I’m moving and will be living with her to take care of her. She always seems pleased and surprised and says it sounds nice.

This is the last shot of Needa and Jack in my yard. Our new house has a yard twice the size and is surrounded by large trees but not the same amazing neighbors we’ve come to know.

A new chapter begins now. It has no outline and we have no idea how long it will last. You never know when you are doing something for the last time until you are able to look back on it and classify it as a memory.

Tomorrow, this will likely be a memory.

A really, great, bittersweet memory.
Posted by Vacation Publishing at 5:25 PM No comments: 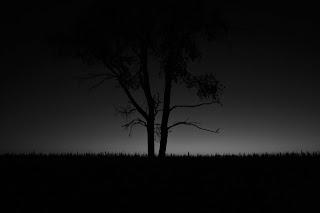 Posted by Vacation Publishing at 5:31 PM No comments:

Your mother should know 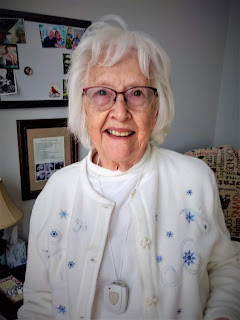 My mother’s declining condition with her Alzheimer’s disease helped us reassess what was best for her and we moved her into a memory care facility about a month ago.

Her first week there was terrible. The second week, not much better. The third and fourth weeks showed some improvement, though after every visit, or day trip with us, all she talked about was wanting to go home . . . and it continues.

Every week on our way to church we listen to “Breakfast with the Beatles,” on AM 580, CKWW out of Windsor. Today the first song we heard was “Your Mother should know.”

It was Liverpool Synchronicity.

Mom loves being in her church. She always knows where she is and is greeted warmly by her friends. Despite her condition, she can fake things very well. She still creates a welcoming environment as she greets strangers who quickly become her friend.

After church we take a drive through Royal Oak and she marvels at all the changes. Next up is a leisurely lunch at the Red Olive in Clawson, where we’ve never had a bad meal.

We lose more of her each week. When mom doesn’t remember something about her parent’s or my Dad’s passing, I explain to her that it is OK to forget.

And then I give her the best reassurance I can to remind her we are here to help remember everyone and everything for her.

After that, she wraps her arms around me and says: "Oh, thank you. I love you."

You're welcome Mom. Everybody loves you too.
Posted by Vacation Publishing at 4:46 PM No comments: