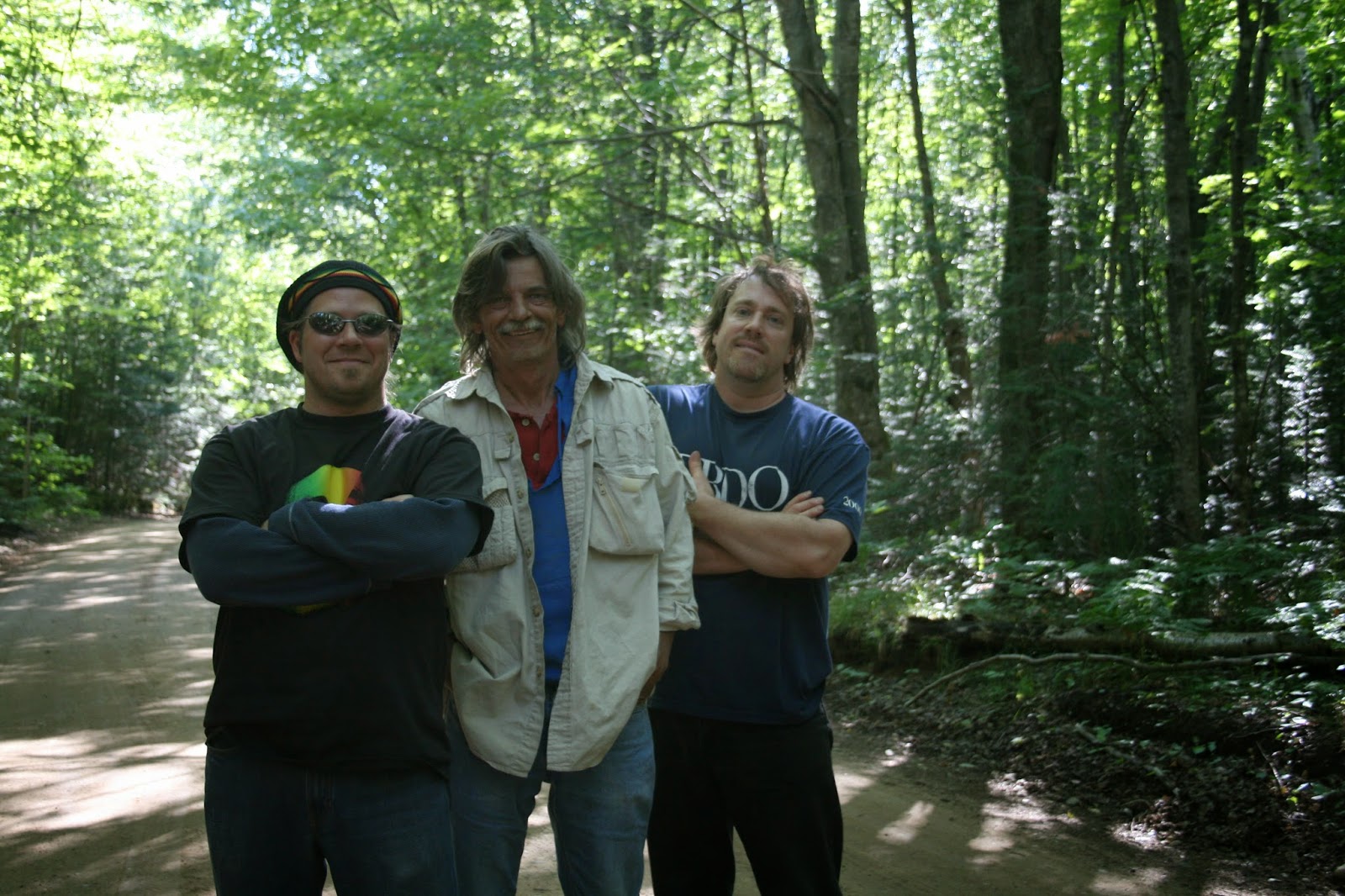 This is the last known photo of my first "unofficial band."

We sang in the forest and God allowed our voices to reach into the brotherhood, where we listened, grew, made promises in the flesh and heard him singing the high tenor part we never knew existed, as the high lonesome sound of life rushed in.

It was beautiful and heartbreaking and all the hummingbirds in the forest took pause and smiled.
Posted by Vacation Publishing at 7:11 PM No comments:

Two years with a Greyhound 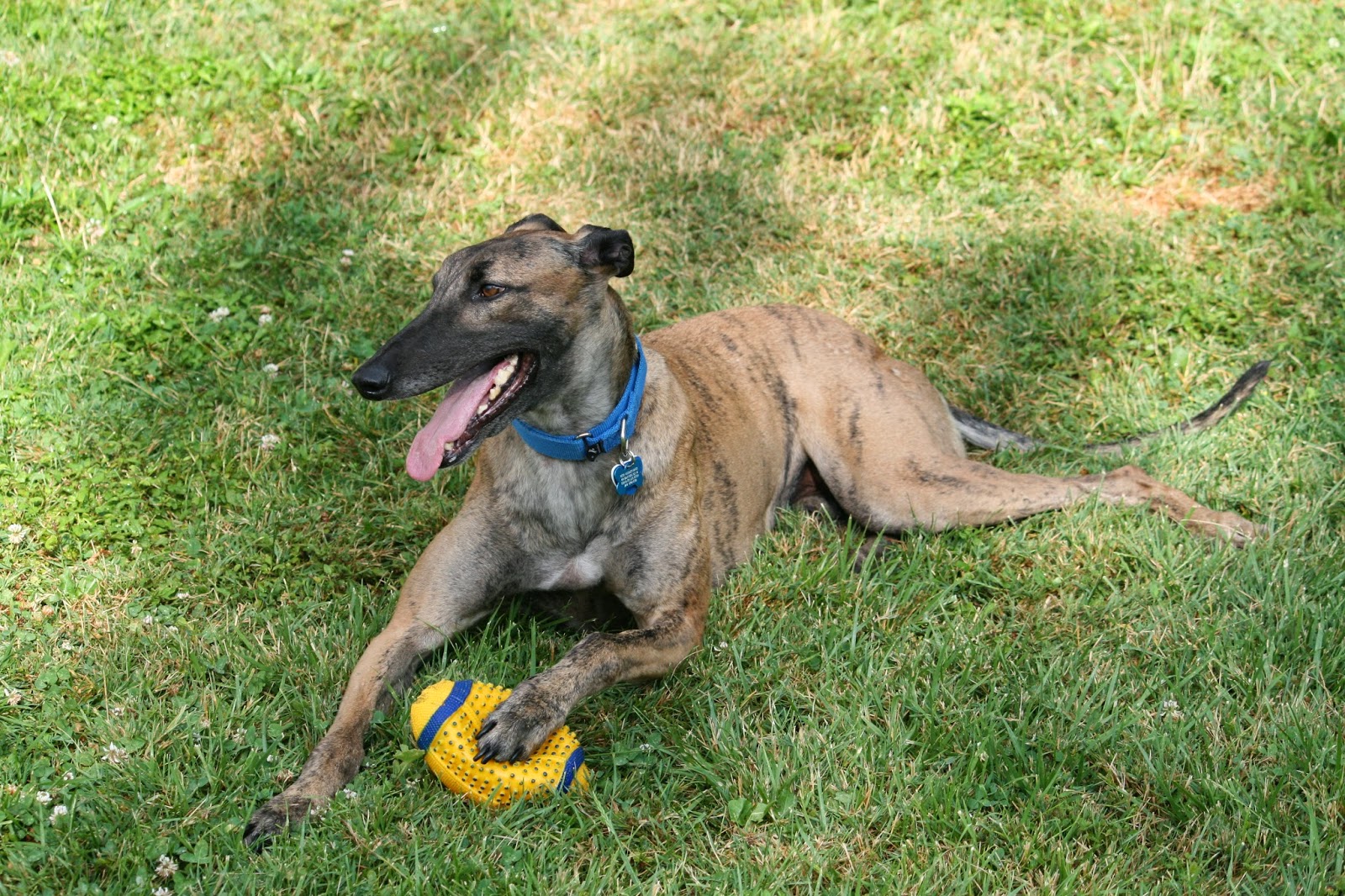 In has been two years since Tiger Jack Burke has taken up permanent residence in my home. Many things have happened in these seven hundred and thirty days, so I have decided to share some of the highlights.

Times he has barked at me; only a couple. Times I’ve deserved it; probably more than a few.

We have walked close to 2200 miles (average 3 per day) and during those walks he has alternated lifting one of his back legs approximately 14,500 times to mark his territory.
His precise aim and prowess as a powerful pee-er made sure the fire hydrant two houses down opened easily after being rusted shut. This helped the Fire Department douse a house fire in June of 2012.

He has had close to four thousand pictures taken of himself.

He has consumed about 500 cans of sardines, stolen two raw steaks from the cutting board and hidden three sox somewhere in the house while leaving me with three identical ones in my dresser.

He has caught small footballs I have fired around the yard with a hockey stick approximately 20,000 times and saved my life (and his and Needa’s) by stubbornly insisting we took a different route during our evening walk on Feb 27, 2013 when a gas leak caused a house to explode on the route we walked every evening without fail.

He has made humans at the dog park go “wow!” on at least 25 different occasions as they’ve watched him accelerate from a standstill to about 40 MPH in five or six strides.
He has caused people to pull over to the side of the road on more occasions than I can recall, approach us and ask what kind of dog he was and if he was a “rescue.”
“His name is Tiger Jack Burke and he was named after a popular wrestler from the 1920’s,” I tell people. “And I didn’t rescue him; he rescued me.”

He has also become the loving companion to Anita Wood (Needa) since November 2012 TLA.

He has been voluntarily pulled out of his evening slumber and found his way to me as I’ve written teary Emails to friends who have just lost their dog. His head on my lap without saying a word tells me he gets it.

He has had a seventy nine pound brindle ball of sweetness follow him everywhere he goes with her cute puppy dog ways, prancing in smitten, adoring shyness.

You may not believe this, but last night as I was composing this, he woke from an evening nap, came to the threshold of my office door and looked at me like “uhh, did you forget what day it was?”  A “Swear to God statement” here folks. . .I explained to Needa what the special day was; the anniversary of Jack’s new life. All dolled up with a fresh brushing, she strolled over and nudged Jack as they looked out the window pondering life together and then she did something I have never seen her do before. She licked him three times on the side of his face, just like Snoopy laying it on thick with Lucy.

After two years, the manners he had during his first month with me have been as elusive as one dollar gasoline. He still pushes Needa out of the way coming and going through doors and in and out of cars. But she takes it in stride. Sometimes he even thinks he’s the boss of me.
Many people move to Florida when they retire but he did the opposite. Here he has soaked his feet in pristine Upper Peninsula lakes, strolled the beaches in Wisconsin and has run in the farm lands like a world class thoroughbred.

He has poked my bee-hind with his nose at least 200 times when my morning walk from the bedroom to the kitchen wasn’t fast enough for him.

He has received one credit card offer in the mail. . .which I did not let him have.

He has provided more laughs than a stack of comic books with his antics around the house and as we look to the future with his lovely companion Needa, one thing is for sure.  When you let a dog into your home, they let you into their heart. And that is a pretty good thing.
Posted by Vacation Publishing at 6:26 PM No comments: