To the best of my knowledge, in their 58 years of marriage, my parents have never spent Thanksgiving apart. This year, with my sister and youngest niece riding shotgun, I took my Dad to the visit his best friend in the Upper Peninsula, while my brother and his girlfriend loved and pampered our mother at their house.

Tom and Ron met at the rehearsal dinner when my parents were married in 1956. As they shook hands for the first time they laughed when they realized they were wearing the exact same double-breasted blue suit. 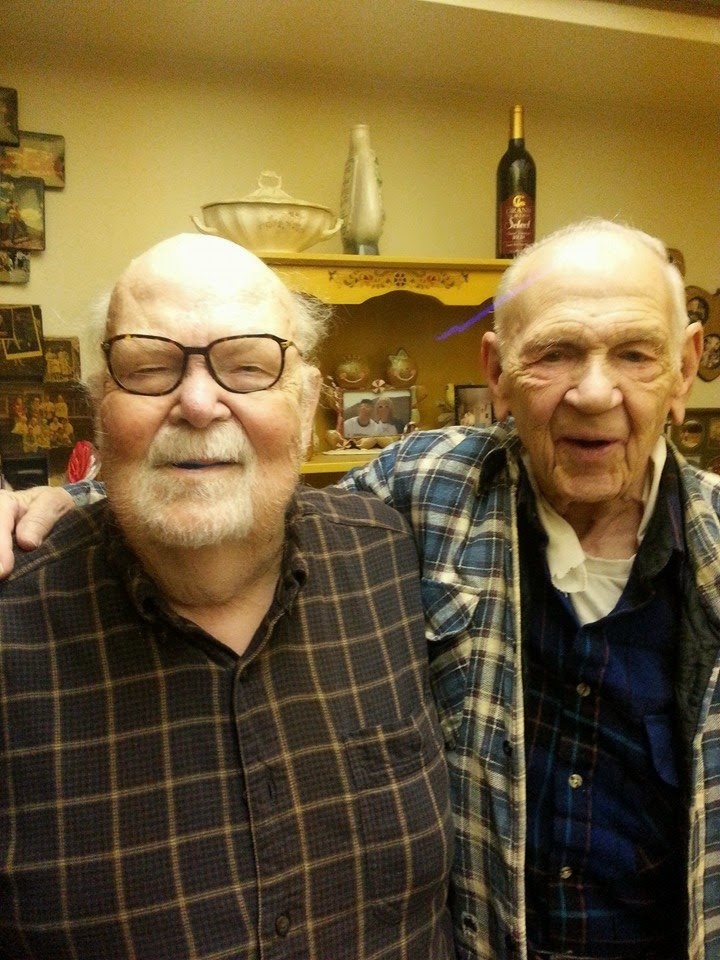 But they had a lot more in common than their fashion sense (which has evaporated over the years) and they’ve been best friends since that day.

They don’t make ‘em like them anymore and friendships like theirs are rare. They both served our country; both married beautiful women who were best friends and both worked hard their entire life to provide for our families. Our families also picked up on that love and ran with it.

Each of the self-proclaimed “old farts” are fighting illness and memory. And that is what made giving thanks for their friendship that much sweeter this year. I wish everyone had someone like them in their life. Every day is a gift and every memory in the making is a gift for the rest of us.
Posted by Vacation Publishing at 5:04 PM No comments:

A day in the life

So what is it you actually do? 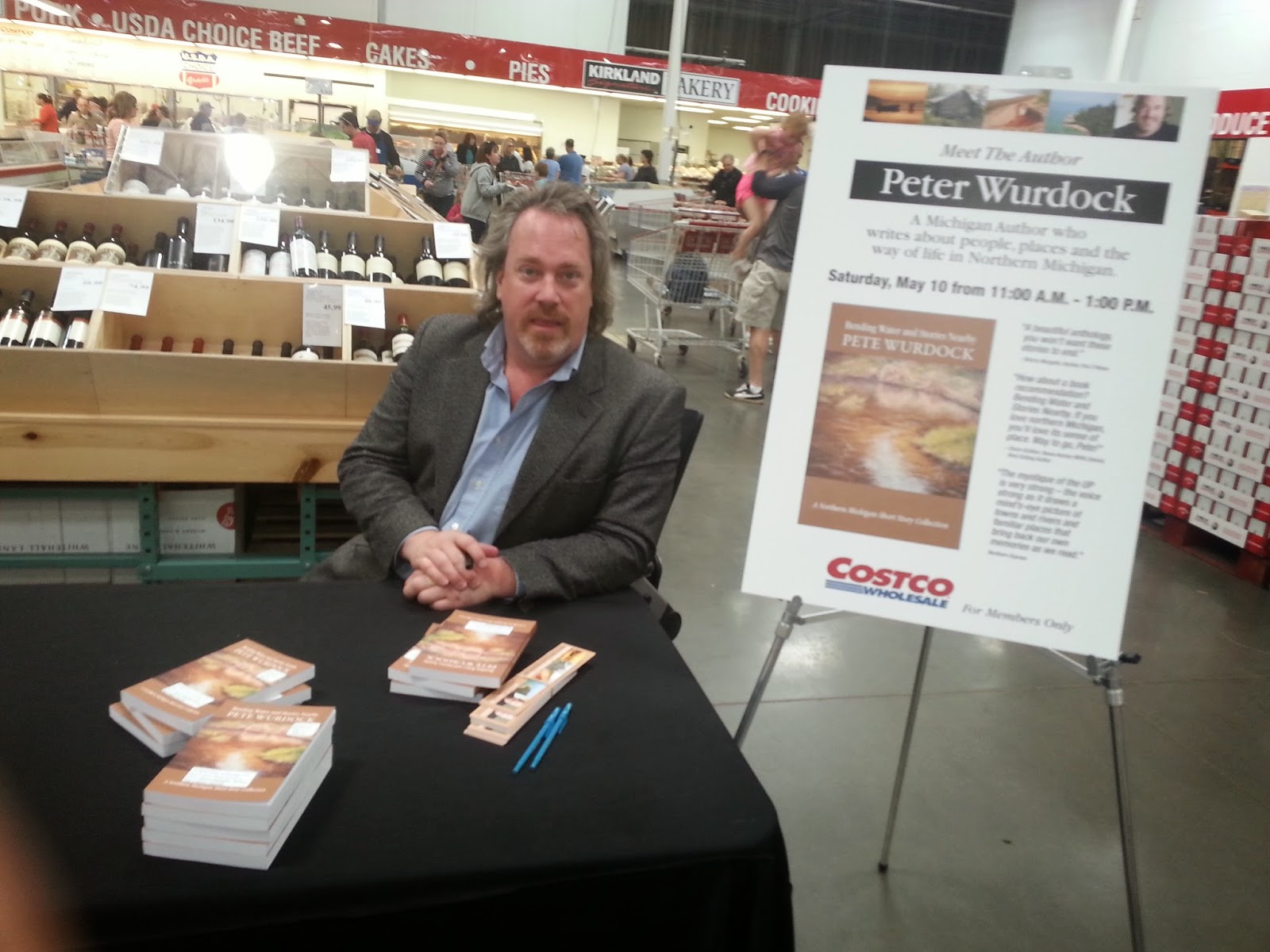 I get that a lot so I decided to have one day of my life condense into a video. The result is a documentary called Blind Spot.

It was shot last Friday and contains an unscripted view of my day. It also uses some terrific music by my friend Stewart Francke to tell a story. In it you will meet my dogs, some of my family and people who until that moment were strangers to me. You’ll get a look inside my home and my life as it occurred on Friday, November 14, 2014.

I hope those who watch it walk away knowing something more about me than they did before. It’s a little rough in places; not polished or professional, but it is life the way it was meant to be on that day for me, in order to share it with you.
Posted by Vacation Publishing at 9:59 AM No comments:

The blonde who changed my life 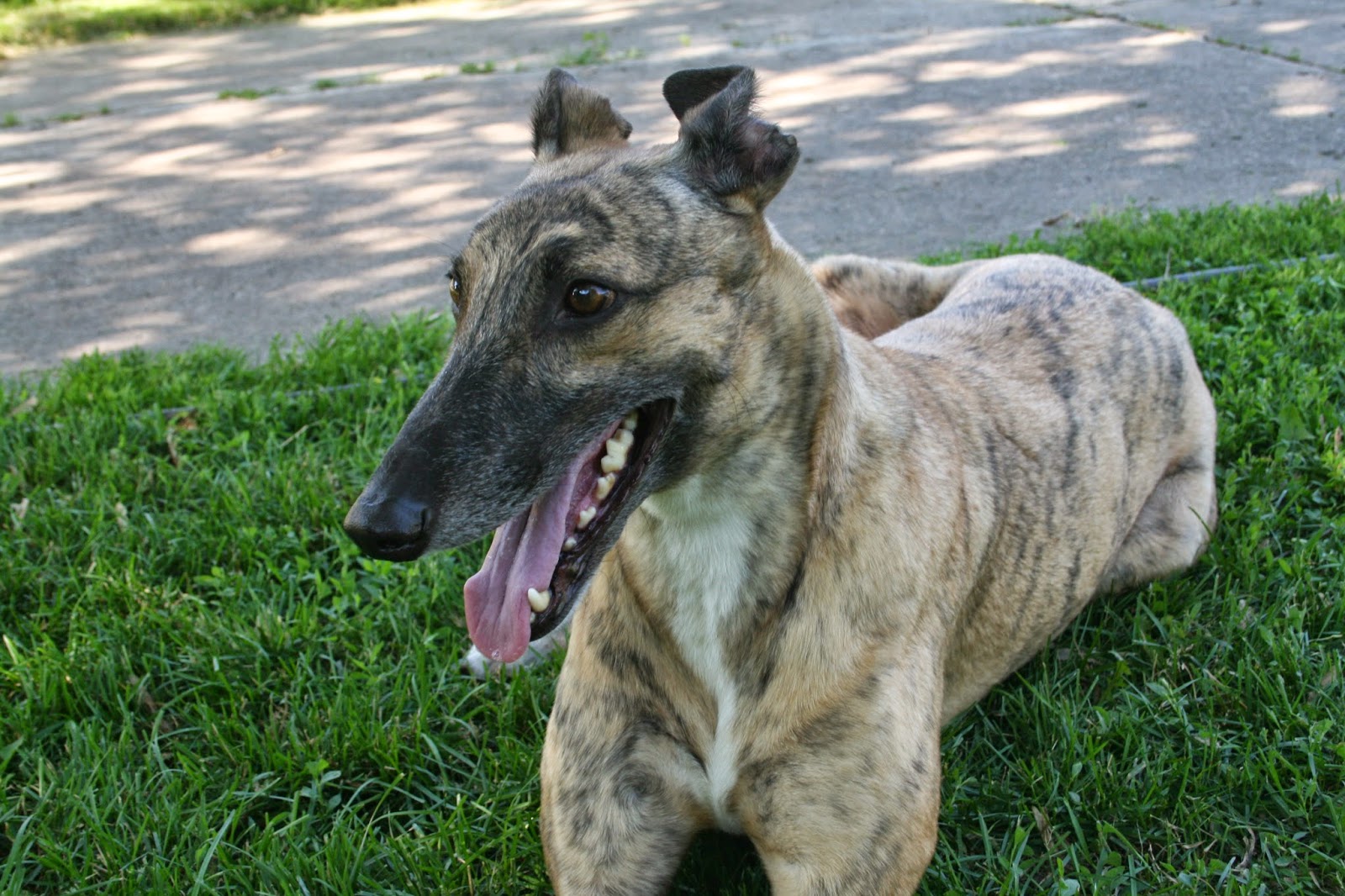 The first week of November will always be special to me. It was two years ago yesterday that Anita Wood, a blond, brindle greyhound, arrived at the welcome center located on Michigan and Indiana border on I-94. She was one of many in the new haul of greyhounds who raced in Florida and were being transported to various Greyhound Rescue and Adoption Agencies in the Midwest. The sad truth about these beautiful animals is that one of three things happens to them when they are no longer making money for their owners. They are either adopted; euthanized humanely or euthanized inhumanely.

Two years ago today I got a call from a friend of mine telling me about this little ball of sweetness who had just arrived and was being fostered at her home with her dogs. I could not resist the invitation and took Jack to meet her the next day to see if they’d be compatible. He immediately walked over to her and did not do the traditional “butt sniff” but rather rested his head on the back of her neck, which is often a sign of a dog expressing dominance. But I knew it also was an expression of love and that is an important part of the story.

Tiger Jack Burke was named after a wrestler from the 1930’s by his daughter, now in her eighties who was a lifelong greyhound lover and owner. She named him that because she had a hunch he would be a fierce competitor and he was. But after he was retired he and his sister, Lady Wolverine, proved to be too much for their beloved owner and Jack was kicked out of his retirement home. He landed with Greyheart, the rescue and adoption agency I am proud to be a part of. But for whatever reasons, nobody wanted “Hurricane Jack.” (I have since called him dozens of names with the name Jack in them). He had a “strong personality,” which is a nice way of saying he was a handful.
Almost six months passed and Jack was still living with his foster family. This is a long time in Greyhound adoption terms. But back to Needa. . .the blonde who change my life. Almost like Bogey and Bacall, Hurricane Jack followed Needa outside. The white tips of her feet stood out as she pranced between the leaves, something she had never seen before. Jack followed Needa around the yard and suddenly there was a spring in his step too. But I did not know if I was ready to take on the responsibility of another dog.

I thought about Needa after we left. For the next couple of days I prayed about it and thought some more. Was I ready for another dog? I wasn’t working and had very little money. But it was then I remembered a phrase that a wise old woman once told me. She said “nobody ever became poor by giving.” The next day Needa came to live with us and it was the greatest birthday present Jack ever received and one of the greatest leaps of faith I have ever taken.

After knowing nothing except life at the track, I got to watch Needa become a dog again. I was patient as she learned to walk up the stairs and become familiar with all the things Jack had already learned during his time as a foster and in the six months he’d been living with me.
Needa was still on kennel time. This mean she was up every morning at 4:30 AM and I was out of bed at 4:31 AM. I was not a fan of this early morning charade but would get them both outside and fed as the coffee brewed. This early routine lasted throughout the winter and into spring and I had no idea how important it would be to my life.

I had been in a slump and had a major case of writers block. I wanted to be a writer but hadn’t written a new book in over a year. Getting up each day at 4:30 meant I was at my computer working before five o’clock every morning, seven days a week, breaking only for walks and a meal until eight o’clock in the evening; month after month until July with only a brief break in March and April as I visited and said goodbye to my dear friend Mary Lee who was like a sister to me. But it was during those early mornings and long days that I completed my book “Bending Water and Stories Nearby” and it was released in late 2013.

Would I have written the book without bringing Needa into my home? No. I was also suffering the after effects of a heartbreaking divorce, a job loss, economic instability and was more than a year into a legal battle with a former employer. I was also living with the worst bout of depression I had ever experienced. Jack helped get me up and out every day, but when Needa came along, everything changed. If I did not have these two dogs, it is not a stretch to think that it is likely I would not be writing at all.

Dogs don’t just come into our lives; they invade them with all the love in a day. To be on the receiving end of that gratitude is nothing short of amazing and to adopt a greyhound is a special experience that you will not get with other breeds of dogs.
Yes; all dogs need homes, but people are irresponsible and let breeding take place when it shouldn’t and accept no responsibility for what is created. As a result, the canine population has grown to an unmanageable level.

Greyhound breeders breed dogs for one only purpose; to race them in an industry, but with little thought given to what will happen to them after they are done literally running for their lives. But as the tracks continue to close the supply and demand of the breed has also adjusted. I think it is getting better. I know it has made a difference for me because these two dogs have literally changed the trajectory of my life.

If it weren’t for Needa I would not have gained the momentum that carried me into 2014 as I try to write books people will enjoy. She has now learned to sleep in and when I look at life today I cannot imagine that I was starting my day so early for so long! And as for Royal Oak’s most celebrated greyhound couple? I can only imagine what will happen over the course of the next two years.
I am not a successful or famous writer, but I’d rather be living and doing what I am doing now rather than growing old and wasting my life getting told what to do by a clueless, miserable person in an office. I know what it is like to work and find happiness each day and I hope this story brought a little happiness to yours.
Posted by Vacation Publishing at 7:41 AM No comments: