Jim Harrison was someone I never heard of until 1998 when my friend Stewart gave me one of his books.  It was a book called “The Woman Lit by Fireflies” and it consisted of three novellas; one of which featured Harrison’s famed character Brown Dog, who I have since followed through every adventure.

When I was a kid my family often visited Grand Marais, MI, (a small town of 200 in the Upper Peninsula) each summer. As I got older and began writing for the school newspaper I always thought to myself that Grand Marais would be the perfect place for a writer to live. It is a small town on Lake Superior with almost one of everything, except a fast food joint and a bank. I had no idea that Harrison had been a fixture there for years in his wilderness camp just outside of town. When I discovered this years later I was elated and somewhat inspired to think that he had been walking in and out of the same place I began frequenting when in Grand Marais the Dunes Saloon (now Lake Superior Brewing Company).

I would ask the locals about him whenever I was there and they often say, “He was here for bird season; you just missed him.”  He sold his place several years ago and to the best of my knowledge he doesn’t go to GM much anymore.  But this doesn’t stop me from getting excited whenever a new book comes out. 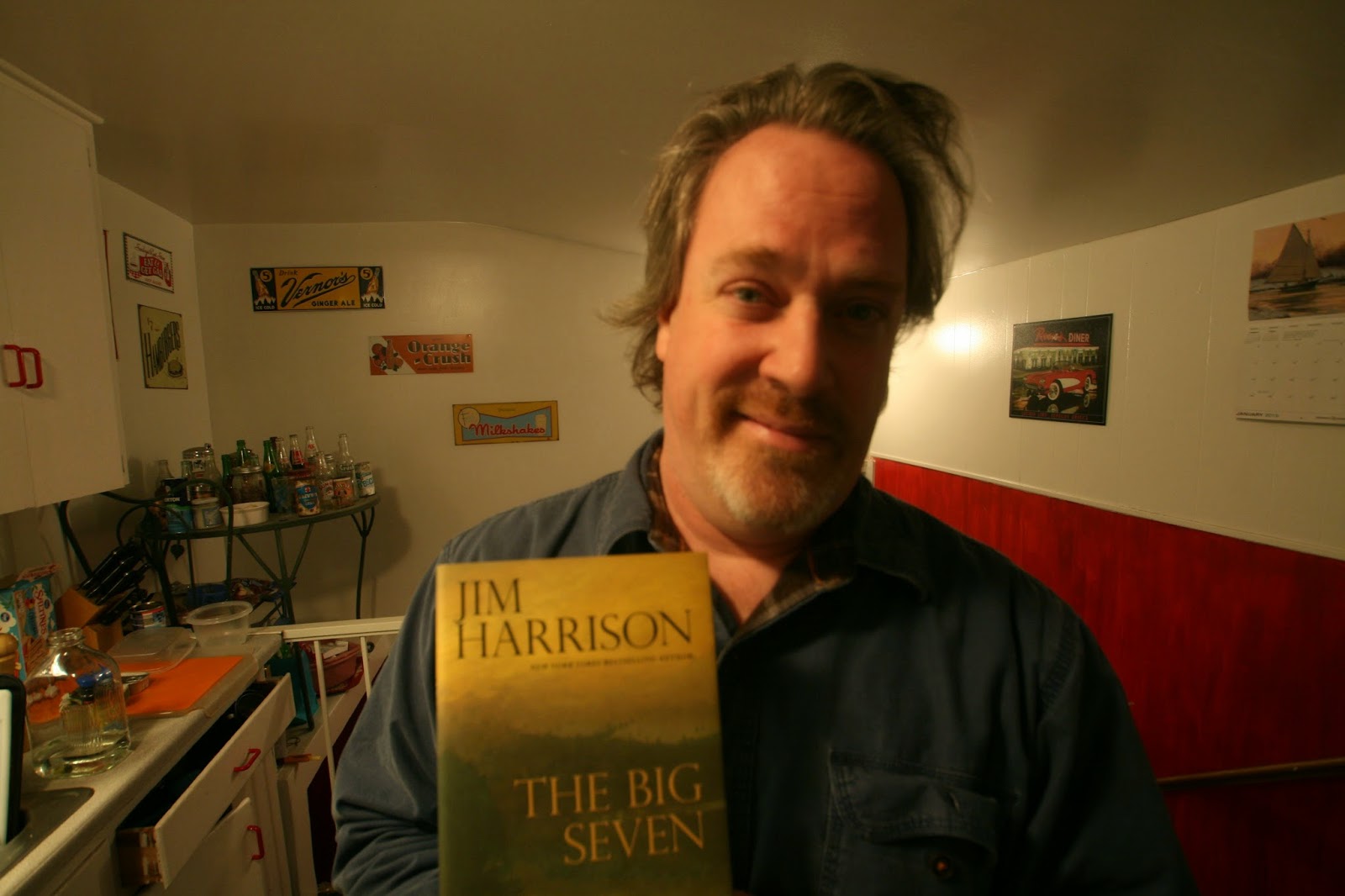 His new novel is called “The Big Seven “ and in true Jim Harrison fashion, he has again proven that he is the master of modern day literature, up there with all the greats.  Often when I read his work I will come across a passage that makes me think “why do I even bother trying to write?” But inevitably, the inspiration outweighs the doubt and I am off and at it.

I paid tribute to him in my book “Places I Hide” which came out in 2008. I will share what I wrote and the photo I took another time. But for now, the feeling of this book in my hands is like a life preserver and will help this January limp as I head into “who knows what” next month before delivering my fifth book in March. The inspiration to write is still there, sometimes I just need to be clobbered over the head with something great as a reminder.
Posted by Vacation Publishing at 3:44 PM 1 comment: