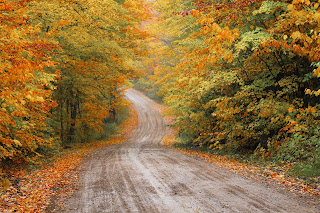 The room did not smell like a traditional Thanksgiving morning when we arrived. Even after we started bringing in freshly prepared, aromatic food it was depressing. Instead of pumpkin pie, turkey stuffing and green bean casserole, the house smelled like poverty and hopelessness.

But somehow this family of five was all smiles as we began the small talk and introducing ourselves We identified every dish we set on the card table that was to be their meal for the day. Their kitchen had no table or chairs and what substituted for an eating station was some sort of three by three foot platform that stood only a foot off the ground.

Styrofoam KFC containers and plastic cups from Dickies BBQ sat on the end table where the husband appeared to have taken up permanent residence because of his many ailments. We instantly knew the family either had limited access to bathing or had just become so accustomed to doing without that their appearance took a second to getting food and paying their rent and utilities.

We had to leave briefly to find an open store so we could get plastic utensils, plates and napkins for them to eat their food. When we returned, the small talk continued as I learned their story, but not before I noticed they had already opened the envelope we intended to leave with them that contained a Visa gift card along with a few bags of other food, personal care items, toiletries and things none of us probably ever run out of at home.

The little girl was talking enthusiastically about how her mom said they could use the gift card to get her some new clothes; not a toy, not a trip to the movies, not a Netflix upgrade…but new clothes.
The fifty-something diabetic husband also had COPD and required a breathing machine and hadn’t worked since his stroke eleven years ago. He flat lined on the operating table and said he was beckoned back by his unborn daughter to return to earth. She was born a few days later.

One of the boys had a graduation sweatshirt on from 2013 and his brother appeared to be close in age though I didn’t know the extent of their education or if they even graduated. My first impression was that they had not but it wasn’t because they were not old enough.

Whatever the case it was it was clear that they were not in college and there was a good change they were not interested in it. The truth is they probably had no time for it and my guess is they worked some menial job to help support their family in this three bedroom house on a slab that should have been knocked down a long time ago.

Though their pending eviction was not eminent, it was something the wife had discussed with me on the phone a few days earlier when I called offering to bring this family a Thanksgiving dinner. The owner of the house they rented was trying to sell it so it could be torn down and something new rebuilt in its place. There was no question it had to be demolished. Eventually something would be rebuilt on the lot and though the shadow of the wrecking ball had not yet appeared, I wondered what this family would be doing once they were forced out. Lives are not simply rebuilt like new construction.

The father told us about the last job he had; delivering the Free Press and the Detroit News in upscale Franklin Village and the surrounding area. He spoke enthusiastically of the job and recalls it with pride. Often his boys would help him in after school, especially in the summer. The generosity of one well known family let him know they were always welcome to enter their garage anytime to sit down and take breather and help themselves to cold drinks on the sweltering summer days. It was clear the community was generous as he shared with me that during his last Christmas before his stroke he received generous Christmas tips along his route. That money, combined with the wage he made delivering newspapers was the last time he recalled that the family had, in his words “not been poor.”

As my wife and the boys retrieved food from our vehicle I asked the man if he was going to watch the Detroit Lions game and if he thought they’d win this year. As he replied no, I looked around the house and was embarrassed when I realized they didn’t have a TV set, clean clothes or any number of things 99% of the people I know had in their home.

I thumb wrestled with the little girl for a few minutes after watching her laugh as she did the same with her father. She laughed hysterically as we joked together and I wondered if that was the extent of her entertainment. One of the boys said he had completed all his Christmas shopping for the family already and only spent twenty dollars. The father told a story they’d all heard a hundred times about when he played Santa Claus at a school many years ago. I swear to you, hearing him tell it and watching the family react in laughter was like something out of an episode of the Waltons.

It became immediately clear to me all this family had was each other. Not once did they complain about slow internet speeds because they didn’t have a computer. The mother never complained about rush hour because they didn’t have a car. I honestly believe this is the only family I know who has never complained about anything. They were dirt poor in material things but appeared quite rich in spirit.

The conversation shifted to the coming winter and the kids all told us about the fun they had in the past, sliding down a small hill at the side of their house in the snow. The little girl didn’t complain but in a cheerful way said she said she looked forward to winter because the chain kept falling off the old bike she had and nobody could repair it. She loved school and though I don’t know how her grades were, it was obvious she liked being there. Maybe it was because she had friends at school or maybe being in a warm building with a free lunch was a welcome break from the tiny house she lived in with her two brothers who were named after people in the bible.

The friend of mine who led us to this family sent me a message today asking how things went. She told me someone at her church said they were the poorest family they had ever met. After being in their cold, dark house with the absence of any luxuries, I had no reason to doubt him

Time went on. . .it flew and when it came time to eat I asked them if we could pray together we all joined hands. I pray every day but this time I was filled with a reluctance. After hearing their story and seeing how they lived ,what did they have to give thanks for other than the warm meal we had just brought? I wanted to just say “It was nice meeting you, good luck and I hope things get better.”

This was a family who had their immediate needs met (food) but I knew they had a mountain of struggles waiting them at the bottom of the plastic bowl. Out of nowhere, I was reminded of a bible verse (can’t recall the book or verse but think it is in the book of James) and it says something like “If a brother or sister is naked and destitute of daily food and you tell them to depart in peace and hoped they’d be warmed and comforted but you do not give them the things which are needed for the body, how does that help? Suddenly I was living the lesson of faith and good works first hand and I felt moved.

We all joined hands and I didn’t know what I going to pray for. How can a family facing hardships at every turn want to bow their heads and give thanks for the squalor and the seemingly dead end life ahead of them? This was making me uncomfortable. What I really wanted to do was leave. I wanted to go home and cry.

We joined hands and words began to flow. . .my lips--- Gods words and with each sentence whatever it was I was saying seemed to be full of wisdom and created a hope even I believed. They must have believed it too because when I was done, my wife and I were fighting back tears but the family seemed uplifted and happy.

As we walked out the door we all hugged. There was laughter and cheer.

The little girl, picked up a pie that took two hands to hold and flashed a big toothy grin at me. She put it down and hugged me again.
Posted by Vacation Publishing at 1:59 PM No comments: