Life between the Lakes, Part 39 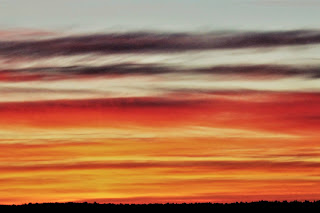 I’ve been the extended part a family who has had a camp on Muskallonge Lake since the 1930s and have spent decades enjoying Deer Park and the surrounding area with family and our fictive kin. Those before us made sure we knew the history of this amazing area and I treasure the people, the land and the surroundings along with all and the rich historical heritage found in Luce County.

I’ve been privileged to spend the winter renting Aunt Carla’s guest house on the north side of Muskallonge Lake. It has given me a ringside seat to the beauty found in winter, where the usual traffic consisted of the snow plow, mail carrier and a handful of the year round residents.  I witnessed the freeze, the winter and the thaw but who knows where this wild ride of Upper Peninsula weather will take us next week?

My two adopted Greyhounds, Jack and Needa, are now senior citizens, but they the first ones up and nudge me out of bed before sunrise. I’d rather sleep in, but when Mother Nature’s Kodachrome brings those nice bright colors to the forest in hues I’ve never seen, I am glad that I’m awake to witness this four and a half billion year old ritual.

Small clusters of colorful crocus are springing up all over the yard. For the first time in four months, the top of the lake is shimmering in the afternoon sun and the shoreline is alive with wildlife activity. Red squirrels chase each other along the shoreline suggesting the coyotes are not the only ones with love in the air. Flocks of geese and ducks fly just above the waterline with the precision of the Blue Angels flight team.

The warmer temperatures, accompanied by calm days have allowed the scent of pine to return.  The last square of snow in the yard disappeared a week ago. Previously it was a drift that was up to my chin in the middle of the dog run for Jack and Needa.

On a cool day last week I was warming myself by the burn barrel when I saw the shadow of the eagle before he saw me. He was in a low, slow glide and I wondered if an eagle’s memory was as good as its eyesight. The eagles and osprey have resumed the free, all you can eat fish buffet served up on Muskallonge Lake. If only I had a Goddess to feed me smoked whitefish and inspire me, maybe then I could finish the novel I set out to write when I moved here.

Although the sunrises are divine, I prefer the slow bow Mother Nature takes at the end of the day. During calm, clear evenings on the north shore, the surface of the water becomes rose colored as the sinking sun melts the colors into one huge pool. But when the sun is swallowed, it leaves a colorful tombstone in the sky, looking like the planet Jupiter is just behind the tree line. It is something worth beholding, admiring and remembering.

Mamma don’t take my Kodachrome away.

Posted by Vacation Publishing at 4:07 PM