Life between the lakes, part 36 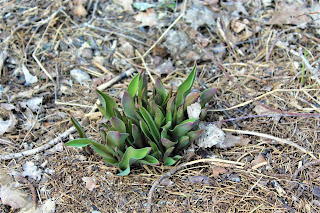 The most obvious signs of spring in the Upper Peninsula often go unnoticed if you don’t look up, or forget to look down.

Let that sink in for a hot second.

For the first time this year, I can hear waves lapping and gurgling on the shoreline of Muskallonge Lake, just 30 feet in front of me.  This afternoon I rolled up my pants and ventured in so I could exfoliate my feet between the sand and rocks. It felt good and provided reassurance that Mother Nature has not forgotten about us while life continues to accelerate at a blistering speed.

I’ve seen the eagle(s) several times over these past two weeks. I’ve also a few some hawks, who were gliding in wide circles at higher altitudes.

I do not want to mislead anyone about my bird acumen. But after repetitive observation and some research I was able to identify the song sparrow, three sounds of the northern flicker; including calls and drumming and a black capped chickadee and I hear new calls each day.

There is also a woodpecker who doesn’t mind us walking by his work of art each morning. All this makes me ponder how it is that birds know more about nature than we thing we do.

What tells them when to migrate?

How do they know which direction to fly?

How do they know when to stop?

Birds do all of that and then they reverse the entire process in order to get back to where they were before they left. Perhaps birds are nature’s perfect boomerang.

It also occurs to me that (unlike half of the members of Congress) their pea brain can solve problems and not create more of them.

The ducks and geese are back, and a family of geese have claimed a perfect little cove on the shoreline on the north side of Muskallonge Lake in front of the old Northmere General Store.

Several pairs of married ducks have claimed the marshy area of Cranberry Lake.  A pair of swans have returned and are said to be considering the west end of Muskallonge Lake as their summer home. The Ravens continue to raise a ruckus when they feel like it and a bunch of sand hill cranes have dialed it up on the south shore over the last few days.

Two weeks ago, a car passed us during our afternoon walk. Since the loop we traverse takes about forty minutes it was enough time for the driver to make it out to his intended fishing location, only to find the road was still impassable before driving back.

About ten minutes prior I heard sounds of an uncomfortable but common wildlife struggle in the woods. It happened close enough that I could hear the end of the life of the victim, yet sense the victory of the other party, knowing this catch would award them (and possibly their family) with another day of their own survival. The neighborhood ravens were circling within minutes.

A few minutes later the guy who had passed us earlier stopped and nervously warned me about a huge coyote that dashed across the road only thirty seconds earlier about fifty yards away. He described it as being as big as Jack and Needa and he punctuated his concern by adding “Dude,” to the end of every sentence.

The first hatch of black flies arrived yesterday but so far they are not being assholes. On Friday a singular butterfly flew circles around us for about hundred yards as we walked down the road in the sun. I wonder why he spent so much of his short life interested in us.

Today the butterflies (the tortoiseshell) are everywhere. I found the first floral growth across the road.  Like most of nature, it is untouched and unattended. It is fitting that so much life and rebirth has arrived on Easter Sunday.

Blessings to all on this great day of eternal miracles.

Posted by Vacation Publishing at 4:49 PM