Life between the lakes, part 27 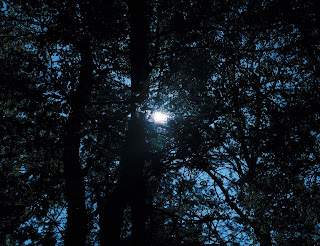 On Monday the wind was whipping across the lake with force. The snow moved upward, sideways and forward as dense, maverick snow squalls crossed the lake. When the sun shot through the clouds, they looked like ghostly horses of the plain. Meanwhile, the windsock hung on for dear life.
There is about three feet of snow in the yard. I spent 45 minutes digging out the trench I made for Jack and Needa to get around after a snow avalanche from the roof filled it in over the weekend.
I’d like to say it was exhilarating but it wasn’t.
On Tuesday it felt like winter was losing its grip on Deer Park. Snow was melting and the temperatures were in the high thirties with sun. Muskallonge Lake is spring fed and on Monday I noticed a couple of spots on the road where the sun had melted the ice and the unfrozen soil began to allow water from the springs to seep again. It hasn’t been like this since the beginning of December.
On Thursday the snow came back and mother-nature tightened her grip on us as if to say: “not so fast.” Last evening as I tried to take Jack and Needa out after their dinner and we were frozen in. I boiled some water and was able to unfreeze the door and spent a while chipping ice, hoping it wouldn’t happen again.
I’d like to say it was exhilarating but it wasn’t.
Today on our afternoon walk a SUV slowed down and the people inside stopped to chat immediately making reference to Jack and Needa. It is not every day that you see two greyhounds in the middle of the woods.
A few days ago there was a tragic snowmobile accident near Munising where a 16 year old boy from Alma was killed after losing control of his sled. The couple inside the SUV were best friends of his family and came up here to retrieve the snowmobile for them.
They shared the heartbreaking story of how their son, the boy’s friend, asked to visit the area of the accident. Having lost my best friend in a tragic accident when I was 19, I could relate.
With the SUV idling in the middle of the road and Jack and Needa leaning into me on both sides, we talked for a while. I could hear the lump in the man's throat come and go as we agreed on what a flicker our existence really is.
The boy’s death has left a big ache for his family; a big, black, deep hole in the firmament. It’s another reminder of the fragile and finite conditions we experience being warm blooded.
A similar thing happened about 15 years ago over by the cabin. A young boy was killed after losing control of his four wheeler. I wrote a tribute to him in my book, “Places I Hide,” and the same sentiment holds true today.
Cross in the Woods
Where a cross in the woods once stood,
The flicker of a life was revealed
When a young boy met God too soon.
I tried to imagine how his family felt,
And I failed.
How deeply their lives have been changed
Heartbreak is all that remains.
God cried when the fire left his flame.
Creeks overflowed when the forest wept,
His celebrated life we cannot forget.
But the grieving has not ended yet.
There are whispers of sadness in the trees
That only his mother can hear.
Through a slow song of hope
In the quiet north woods
Where a cross in the woods once stood.
Dedicated to the memory of Thomas Timothy Watson 2005-2021
Posted by Vacation Publishing at 3:07 PM