Life between the lakes, part 46 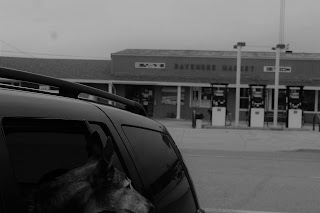 Life between the Lakes, part 45

Pneumonia has been kicking my ass but when I woke up today, it was the first time I felt I could kick back. Today, my breathing is the best it has been in weeks. More oxygen in the brain never hurts. So naturally, I wanted to venture out.

Leaving my writing fortress is hard. Leaving Jack and Needa is harder.

After our chilly afternoon walk I made the dogs a chicken dinner they will not soon forget. While Jack slept it off, Needa knew I had other plans and we vamoosed westbound to Grand Marais after leaving Jack a peanut butter sandwich he would discover later.

The road was smooth and scenic. When we reached Grand Marais and settled into the Lake Superior Brewing Company, I ordered a beer and a pizza and it wasn’t long before a mother and grandmother and child started asking questions about Needa.

Since we were leaving at the same time, I invited them to say hello to her through the open window. We talked about her racing career and how soft she felt to the touch.  The family said thank you and left.

We watched the family walk away. Needa's eyes squinted as they left her view. The little girl continued to wave goodbye and Needa's eyes followed her until she was gone.

Posted by Vacation Publishing at 6:47 AM