Life between the lakes, part 58 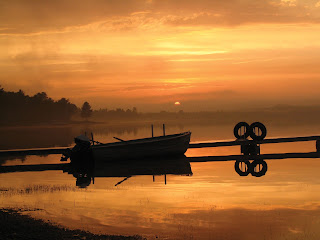 A week-long vacation goes by faster than any other time of the year.  But when you spend it with people you love, it accelerates at lightening speed.

My family and fictive kin just finished our cabin reunion on Muskallonge Lake in the Upper Peninsula of Michigan. It was the first time in many years this particular group was able to gather at the same time.

The cabin was alive with new life, as the 5th generation experienced it for the first time. We had kids in the water, a clothesline full of towels, my brother’s awesome cinnamon rolls, deep fried bacon, Charlie’s now famous flapjacks, a little bit of sunburn, very few curse words and the celebration of birthdays, including mine on July 8.

I am told there was a beautiful cake, candles, bad singing and celebration for my birthday and I don’t doubt it.  I was taking care of Jack and Needa on the other side of the lake at the time and missed it.

That’s how this family rolls.

In the cabin, we all squeezed ourselves onto the couch at various points of the evening as old stories were remembered, new ones were told and laughter was in abundance.

Some of the best sounds of the week were the simplest and most common.

The echoed slap of a wooden screen door followed by the rusty springs vibrating.

The lonely call of the loon before sunrise.

The distant whine of an outboard motor as a fisherman headed home at dusk.

The squeals of joy from the children, that go on and on and on.

The high decibel of merriment from the teenagers playing a game of spoons.

The billowing belly laughter from the adults, knowing that in this one week out of the year, our laughter almost shattered the glass.

Every year at the cabin, we live one moment to the next. Before we know it, the week is winding down. On Friday night there is a tacit sadness among the adults, knowing it is time to pack the bags.

Collectively, it is at that point we realize we didn’t get to do many of the things we wanted to; like one more swim, one more look at the lake, one more bonfire or one more heart to heart conversation in an attempt to mend a misunderstanding.

A larger sadness creeps up on us as the cars are being loaded the next morning as suddenly, we are face to face with the dreaded goodbye.

One by one they depart for home. Grand Rapids, Troy, Wyandotte, Milwaukee, Texas, Iowa, Virginia, Kansas. . .it doesn’t matter where they are going because I get the same lump in my throat whenever they depart.

The last carload drives away and the cabin is quiet.

Why is it that a place that makes you so happy can make you so sad in an instant?

I’d like to suggest the oldest answer in the book:

Posted by Vacation Publishing at 9:20 AM

Set sail on a unique seacation to Goa from Mumbai with Cordelia Cruises. goa trip from mumbai