I remember the first time I saw my friend Mike Kudreiko naked. 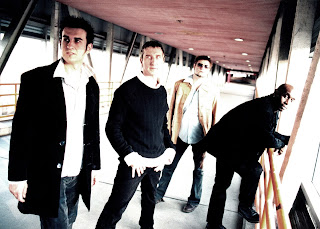 I’ll bet you’re thinking, did he really just say that? Yep. And when you examine that statement you may wonder what is more shocking---that I saw him naked or that I saw him naked more than once.
Like all of you I was upset with the sad news we received last week. Mike and I had not seen each other or spoken in several years. It was simply a common drift that happens with a lot of friendships over time with kids, careers, family and life. And when I think about Mike’s life I truly believe the world was cheated when he left us.

If you knew him, you know he wasn’t shy about mincing words or telling you what he thought about things. Though we were polar opposites in politics in the last meaningful message I had with him (when we agreed to stop talking about politics) was that friendship is more important than partisanship. He agreed.

So back to the naked part.
Actually, no, not just yet.

For reasons unknown, March has always been Robb Roy month in my house for at least the last ten or more years. I don’t know why and can only guess that one March I was obsessing on one of the CDs and from that point forward I always associated that time of the year with the band. I was fortunate enough to work a bit with the band back in the late 90s, helping them get their records out etc.

When “Heroes and Cocktails” came out I was blown away. When “Happy” came out, I was like “fuck, these guys are awesome.” When “Days of Pride and Hunger” came out I was like, shit, I’ve know that for ten years! I continued to beyond blown away and marvel at how those tall dudes could make such great records, with high production values and songwriting that was as good as anybody’s.

Since you were a fan of Mike’s you know their music was not of the ephemeral. The title track Days of Pride and Hunger is a tune that has always stuck with me for its simple complexity and poignancy. Like a majority of their songs it will always remain lyrically relevant.
Euphoria never tasted better, in the days of pride and hunger

Days…became my mantra for a while as I struggled and worked hard on my own path while becoming a writer. It is not an exaggeration to say that some days that song made me see through the very obstacles that made me want to give up, or helped me work around them.

All of us know the struggles of musicians and creative types. We have this bullshit music industry that gets worse by the day and those most deserving continue to suffer for their art.
Hold on just a little longer, to the days of pride and hunger.

So back to our friend Mike and being naked. It happened not because of a “bromance” but because we played hockey together and shared a locker room. He was a great player and always stuck up for his teammates. In fact, he excelled in everything he did from music to film to hockey. He was a unique talent, with the Pete Townsend nose, rock and roll guitar moves and the chops to back them up. Those are just a few of the things that I will miss about Mike.

I was always hoping for a Rob Roy reunion, but I will continue to cherish the CDs I have and the memories tucked away in my Robb Roy rock and roll reservoir. Thankfully there are plenty of them--- far more those those that took place when we were naked.

Don’t lose yourself to the past.
Cherish the road and don’t look back.
It’s not the end but how you arrive.
Posted by Vacation Publishing at 4:20 AM