Life Between the Lakes, the lost chapter 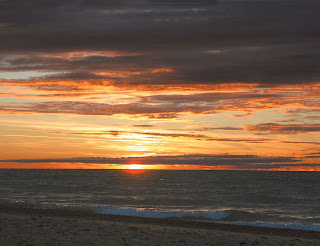 I’ve been living on a county road made of dirt and gravel that sees most of its traffic in the summer. These last few months, I could have made a fortune selling maps to Grand Marais and Munising, as someone stops me on our walk almost every day asking for directions. But better than money, I love the look on some on some of their faces when I ask them if they brought their passport, explaining straight-faced that if they make a wrong turn, they might end up in Canada.

There was a brief, midweek storm that brought enough rain to ripen more of the blueberries which just started to ripen over the 4th of July. Prior to the rain, an honest afternoon’s work would get you enough for pancakes and a maybe a small pie if you had enough time and patience. The black flies stayed away, the mosquitos were few and there was an abundance of “sunny and in the 70s” in the forecast.

A couple of black bears have been sighted around Deer Park on the Seven Mile and on CR 407 on the way to Grand Marais. A moose made a rare visit to Muskallonge Lake State Park around the 4th of July.

Deer Park has had more than its fair share of great weather and calm evenings this summer. I contend that the best bonfires in the world are found on Lake Superior. Far below the bright glow of the Milky Way, I often wonder how they look to the vessels out on the lake.

Day or night; I am always thrilled at the sight of a freighter. During late nights under the stars Lake Superior boasts massive ore freighters, lit like moving bridges, punching holes in the skyline on their way to Sault Ste. Marie. They appear on the horizon out of nowhere and vanish on their own terms.

We finally had some significant rain on Friday night. It was the first real storm of the summer came and went quickly. The rain was steady and the thunder sounded like God was bowling a 300 game.

Mid-morning Saturday, the rain came back, gently moving through the area with distant, rolling thunder. Nature’s history dictates that when the weather warms up people should have no problem filling their coffee can with fresh, plump blueberries; enough for pie and enough to share with people like me.

Of all the places in Michigan, the Upper Peninsula gets cheated the most when it comes to weather. We often describe summer as “six months of bad sledding.” But if the summer season were six months long instead of three, the Upper Peninsula would be the Midwestern Rivera and financially out of reach for most.

The short season makes it special. I hope your summer memories were too.

Posted by Vacation Publishing at 12:34 PM