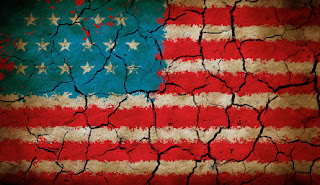 This morning I tried to find a meme I could post to project love, togetherness, compassion and support for the Las Vegas tragedy. Most of the ones I found said “United for Vegas” or something similar. But in my heart I knew that statement was a lie and in sharing it I would become an ugly part of the hypocrisy gripping our nation because the sobering truth is this:

We are not a united country.

Each day my newsfeed, the headlines of every major news outlet, late night entertainers, Hollywood elitists and even facebook friends I know personally spew a vile but to them, necessary and deserved hatred for our President, Donald Trump. It is blind hatred, over the top hatred and hatred that knows no bounds and only gets stronger every day. That is not a characteristic of a united country and we are a country of hypocrites.

As much as I’d like to join the parade of support and love for our brothers and sisters in Vegas, I can’t; at least not on their terms. This is because the unity of America is a false narrative. It is a cheap “hurrah for us” and “do as I say not as I do” saying that carries little substance or meaning anymore.

However, I do believe that individual unity exists when we lock arms with friends and strangers and it is refreshing to see that at least people are trying. I will join them in that effort and hope the movement swells, though I don’t expect it to---not when you realize how deeply cheapened the words “hope, faith and unity” have become in America.

The term “Pray for Vegas” is something being thrown around with vigor and it should be. People are posting the meme because it is the popular thing to do even if it conflicts with their (dis) beliefs in God and humanity. There is a large contingent of people using it who are the most vicious opponents of God and religion in America and say it because it is the PC thing to do. It’s true and don’t try to pretend anymore that it is not. Let that bit of hypocrisy sink in when you hear your atheist friend say “our thoughts and prayers are with them” from one side of their mouth while the other side is shouting “Fuck Trump!”

There are Christians and people of many different faiths praying for the victims. Then we’ve got Jimmy Kimmel, the windbag mouthpiece of Hollywood saying “Republican’s should be praying for God to forgive them.”

The Godless left is on full display---and again, don’t pretend it’s not.

Yesterday in Vegas we saw the best of the best in people who helped save others’ lives while on the internet we saw the worst of the worst. Immediately those opposed to guns began politicizing this event. I even have a liberal friend who I respect but their knee jerk response was that "every shooting in America is political."

Bullshit. Every shooting in America is a tragedy.

It is a sick irony that the people (and politicians) predictably will demand a tougher stance against guns yet they won’t support the police officer’s who are called on to carry it out.

The same people who pitched a fit saying football players have first amendment rights to disrespect the flag are the same ones trying to take away second amendment rights. Look at the mostly black on black gun violence in Chicago. 524 people have been murdered so far this year. It's not cops who are doing all the killing folks and Chicago has the most stringent gun laws in the USA.

Yesterday many tried to justify their “ban all guns response” by offering an excuse very popular with eight year olds: “Well, he’s doing it too,” pointing their finger at the right side of the aisle. But there wasn’t a shred of truth to that political argument yesterday and there isn’t today. Republican’s had absolutely nothing to politicize and they didn’t. Instead they were the recipients of more hatred from people who were “United for Vegas.”

More and more America is taking on the traits of criminals (dumb, lazy and stupid.) Instead of talking about our differences these days it takes about three seconds before the race card is pulled and used like a switchblade because it’s so easy to do. If someone is offended then everyone needs to be offended. You have people saying they want to save children from death by banning guns but proudly wear shirts that say “I had an abortion” and wear them like a crown. When I grew up people who violently protested in the streets were called anarchists. Today we call them Antifa and they are SUPPORTED by a political party who honestly believes the way to peace and understanding is through street violence and Fake News.

Look at the list of those blaming the President and Congress for what happened in Vegas Sunday night and you’ll see a “D” next to each of their names. Since when did kicking our fellow Americans when we are down become the American way? Since when did rubbing salt in fresh wounds become acceptable? The sad truth is that those things became acceptable/fashionable/lauded and praised the day Donald Trump took office.
Our President Donald Trump denounced what he called "an act of pure evil" and was criticized for it. Whatever. I’m over all you hypocrites.

I’ve made no secret that in order for America to truly become united again it would take another kick in the gut like September 11th. Remember when we came together, albeit briefly? That was something, wasn’t it? But those days have gone the way of the flip phone, the pay phone and families going to church on Sunday.

The closest we’ve come to a tragedy of that magnitude is this Mandaly Massacre but looking back over the last 36 hours, America was shaken but has barely flinched when it has come to uniting a movement. Before the bodies were even in the morgue and families notified there was name calling and division over guns. And despite the pleading from the voices of reason, it hasn’t let up. Remember when people used to blame the murder for murder? I don’t either.

About the only thing we can agree on (most of us anyway) is that the killer was an evil person. We don’t know what provoked him and never will. His was clearly a pre-meditated act and the media has spent all day trying to pin it on our President.

I know there are well meaning, compassionate people who will send money, give blood, provide comfort to the victims and try to do good things for others. But don’t be a fool; we are not coming together as a nation even after a tragedy of this magnitude, not when the people shouting the loudest into a megaphone about stopping hate are the ones calling our President “Hitler” out of the other side of their mouth.

While the President of the United States was consoling the nation, half of it was wringing their hands to come up with a new criticism, a new lie to tell about him, a new accusation to make and a new way to hate him.

We are one step closer to the next civil war. God help us all.
Posted by Vacation Publishing at 5:28 PM