Inspired by today’s constant stream of fake news and erroneous information found on social media, Michigan author Peter Wurdock has taken matters into his own hands with his new book I WROTE IT ON THE INTERNET SO I KNOW IT’S TRUE.

In his new book (his sixth) readers are treated to over a generous helping of what he labels “Essays and musings from an underemployed writer.” His subjects are whimsical, informative, interesting and serious.

“Whenever I had writer’s block I would find a photo and compose a short essay about it as a writing exercise. After I posted it on Facebook, I was amazed at how many people would join the conversation. An added bonus was that we were able to talk about something other than politics!”
His love for dogs (especially Greyhounds) is humorously detailed in vignettes about what life has been like after adopting two of them in 2012. 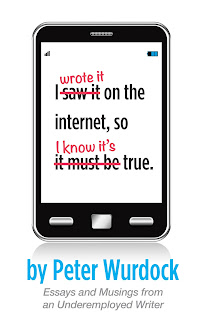 I WROTE IT ON THE INTERNET SO I KNOW IT’S TRUE includes a healthy dose of music as he recalls his life as a record promoter in Nashville and some of the musicians worked while living there.

Love, loss, death and dying is illuminated as he writes about some special people who are no longer with him. The book also contains a healthy dose of his favorite subject; Michigan's Upper Peninsula and there is no shortage of nostalgic Detroit memories.

Also just released is “Where the Heart Remains,” selected fiction and nonfiction from his first five books written between 2007-2017. 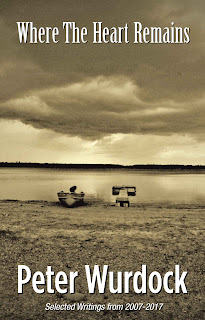 Posted by Vacation Publishing at 9:23 AM

It was a good blog cruise vacation