I own the dubious distinction of getting Stewart Francke out of retirement in 1994. 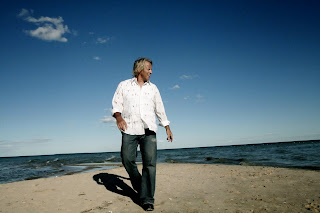 He was a successful journalist making a living, but I thought he was a better musician.  “Come on man,” I said to him one day.”Get a band together, go to a real studio and make a real record.”

In 1995 he released his debut CD as a solo artist. The reviews were over the top, the live shows exciting and very quickly the light lit on the national stage when the hit TV show “Melrose Place” licensed his regional hit “Kiss Kiss, Bang Bang.”  The song was the title episode and the exposure boosted Francke giving him instant notoriety as the bona-fid recording artist he already was.

He continued to release award winning records until a leukemia diagnosis sidelined him. But it didn’t keep him down. Since then he has continued to release great music and earned the admiration of the toughest music critics in the world and performers like Mitch Ryder, Bob Seger and a guy named Bruce Springsteen. Bruce tipped his hat and recorded with him on his CD Heartless World.

Francke is back at it, finishing up a new CD for release in the spring. It is being funded through Kickstarter and I hope you’ll consider backing him on it. As a journalist he was an ambassador of the entire Detroit music scene before guys like Eminem, Kid Rock and the Whitestripes were getting attention and helped change the way the rest of the country looked at Detroit born Rock and Roll.  Please visit his kickstarter page to see how you can become a part of the next phase of his amazing career.